There are lots of Vinyl Record Stores in Bangkok feeding a vibrant local collecting scene. You can hunt for rock, pop, jazz, soul, blues, classical, alternative, indie, metal, the ’60s, ethnic, country, soundtracks, Broadway shows, and of course Thai music. Check out our ultimate guide to the coolest record stores in Bangkok.

Unknown Pleasures is in the Black Amber building above a barber’s shop of the same name in a small alley between Thonglor Soi 5 and 7. It’s one of the coolest record shops in Bangkok. Ascending a narrow staircase to the 4th floor you will find the shop, which specializes in alternative music with a great choice of 90’s Brit-Pop, American alternative rock, 80’s Indie, 60’s/70’s Psychedelic, and rock/pop from the 60’s to the current day.

There are also sections on folk, Jazz, Soul, Disco, World Music, and soundtracks. Almost everything is on vinyl, both 7”, 12” and LP including many original issues and collectible items. There is a small choice of CDs and music books. Vinyl prices range from 100 baht through to over 5000 baht for rare collectibles.

Outside the shop is a small rooftop patio which hosts occasional performances by both local and International Indie artists. Admission limit is 40 people and tickets cost from 100-200 baht. Check the shop’s Facebook page for details of upcoming shows.

Where is 1979 Unknown Pleasures?

8 Musique sells mainly vinyl albums (new and 2nd hand) as well as box sets and CDs. There is a good choice of all music styles from the’50s through to modern-day with some collectible items. 8 Musique is on the lower ground floor of the eight-building in Thonglor next to Foodland supermarket.

Fortune Town is primarily an IT Mall though recently the 3rd floor towards the Mercure Hotel end of the mall has become something of a Vinyl music mini-mall. A whole cluster of shops recently opened here stocking new, collectible and second-hand vinyl, new and used CD’s, Audiophile CD’S, concert DVD’s, turntables, and audiophile Hi-Fi. All shops have turntables so you can listen before you buy. 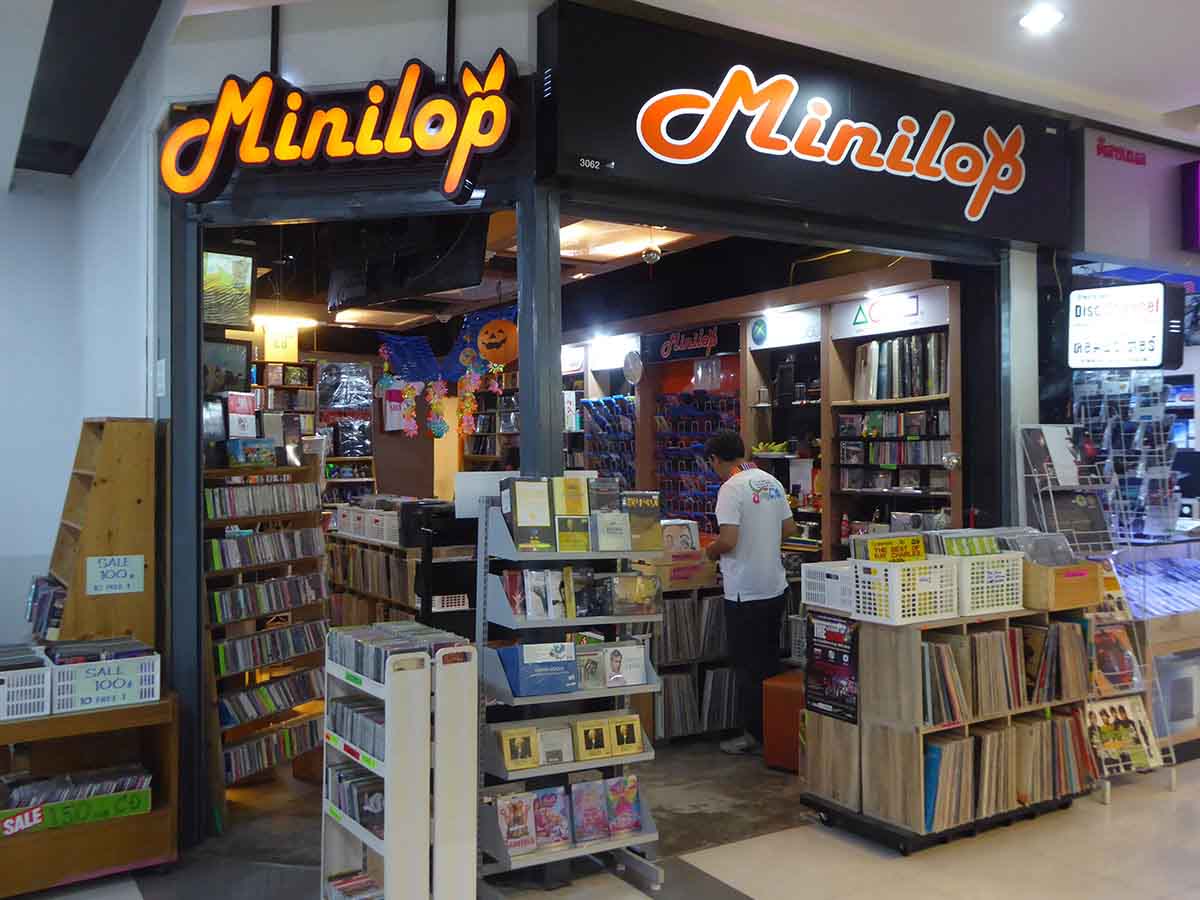 Minilop stocks new and second-hand vinyl and CD’s as well as box sets, music DVDs, and accessories such as record storage boxes. All types of music including classical. MP Audio stocks vinyl only with a large choice of all styles especially Jazz as well as 2nd hand guitars. UPZ sells vinyl and CDs out of crates mainly stacked on the floor (stools provided). Crates are mostly labeled by the country of origins such as Japan, UK, Thailand, and the USA as well as by genre.

Hall of Fame is one of the biggest vinyl record stores in Bangkok with a large choice of second-hand and new vinyl. They also sell new and used CD’S, music DVD’s, box sets, t-shirts, protective sleeves, mailers, headphones, and turntables. Most of the vinyl is second-hand. Every genre of music features including classic rock, alternative, pop, metal, progressive, Jazz, blues, country, classical, and soundtracks from the 50’s to the present day. Hall of fame is open from 13.00-20.00 daily.

Nik Studio stocks vinyl and CDs with the emphasis on Jazz, 50’s/60’s, classic rock, folk, classical, orchestral, big band, Broadway musical and movie soundtracks. They have some Pre-recorded open reel 4 track tapes from the ’70s and even antique Tascam & Ampex machines to play them on. There is an attached audiophile shop selling high-end audio including turntables. The shop is open daily between 11.00-20.00.

Vinyllica is probably the biggest vinyl record shop in Bangkok with thousands of albums both used, and mint originals as well as a good choice of new Re-issues. The stock runs from the ’50s through to classic rock to the ’90s and more recent stuff. The 80’s choice is particularly good with a lot of hard to find releases. The shop is nicely laid out with sofa’s, a drum kit and guitars on view while the stock is well-organized and easy to navigate. Vinyllica is open from 12.00-20.00 daily. Prices start at around 100 baht with most albums going for 300-800 baht.

P&P Audio seems to share stock with UPZ selling vinyl and CDs out of crates mainly stacked on the floor (stools provided). Crates are mostly labeled by the country of origins such as Japan, UK, Thailand, and the USA as well as by genre.

Where is Fortune Town?

Audio Minute is one of the smaller vinyl record stores in Bangkok. It is in the Thaniya Plaza “golf mall” on Silom Road. The shop has a good choice of new and second-hand vinyl including Jazz, classic rock, and 80’s pop arranged alphabetically. There are also many Japanese pressings. The shop is in the main plaza rather than the new wing that connects to the BTS station.

Where is Audio Minute? 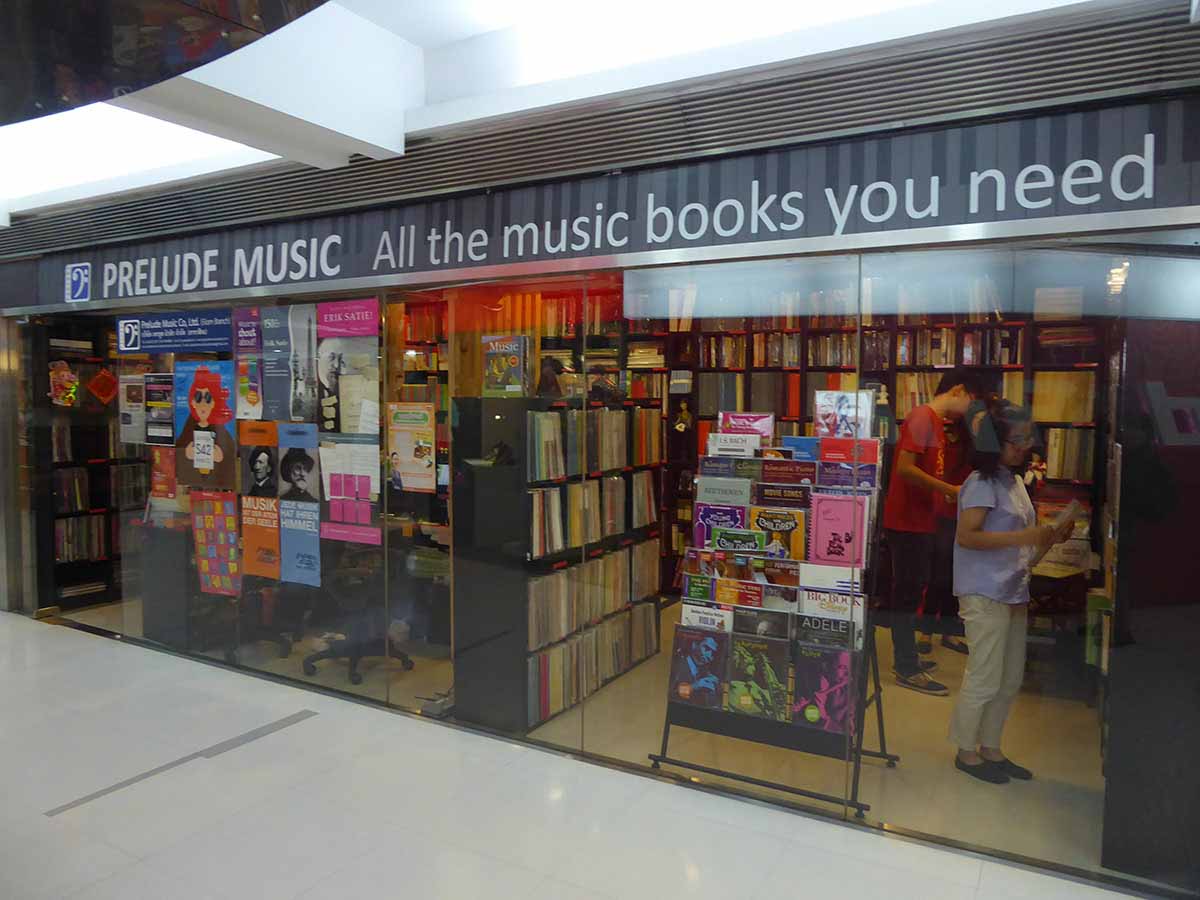 Prelude doesn’t sell music but music books and has the biggest choice in Bangkok. You won’t find biographies here but music theory, sheet music, scores, lyrics and tutorial books. Prelude can be found in the BTS connected wing of Thaniya Plaza.

Triple Six is all about Metal music and stocks a wide choice of both new and used vinyl, CD’s, DVD’s, tapes, and box sets as well as patches, hoodies, t-shirts, posters, magazines, fanzines, old gig tickets, hats, Jewellery and more. There are many rare and collectible items and lots of Imported stock. Triple six are also promoters of metal gigs in Thailand by both local and international metal bands.

Where is Triple Six?

Zudrangma is one of the most well-known vinyl record stores in Bangkok. It sells rare and collectible vintage vinyl as well as CD’s and specializes in Thai Molam, Luk Thung, funk, reggae, dub, jazz, soul, disco and world music. The shop also runs Studio Lam, a live music venue which is next door. There is also a vintage clothes shop upstairs. 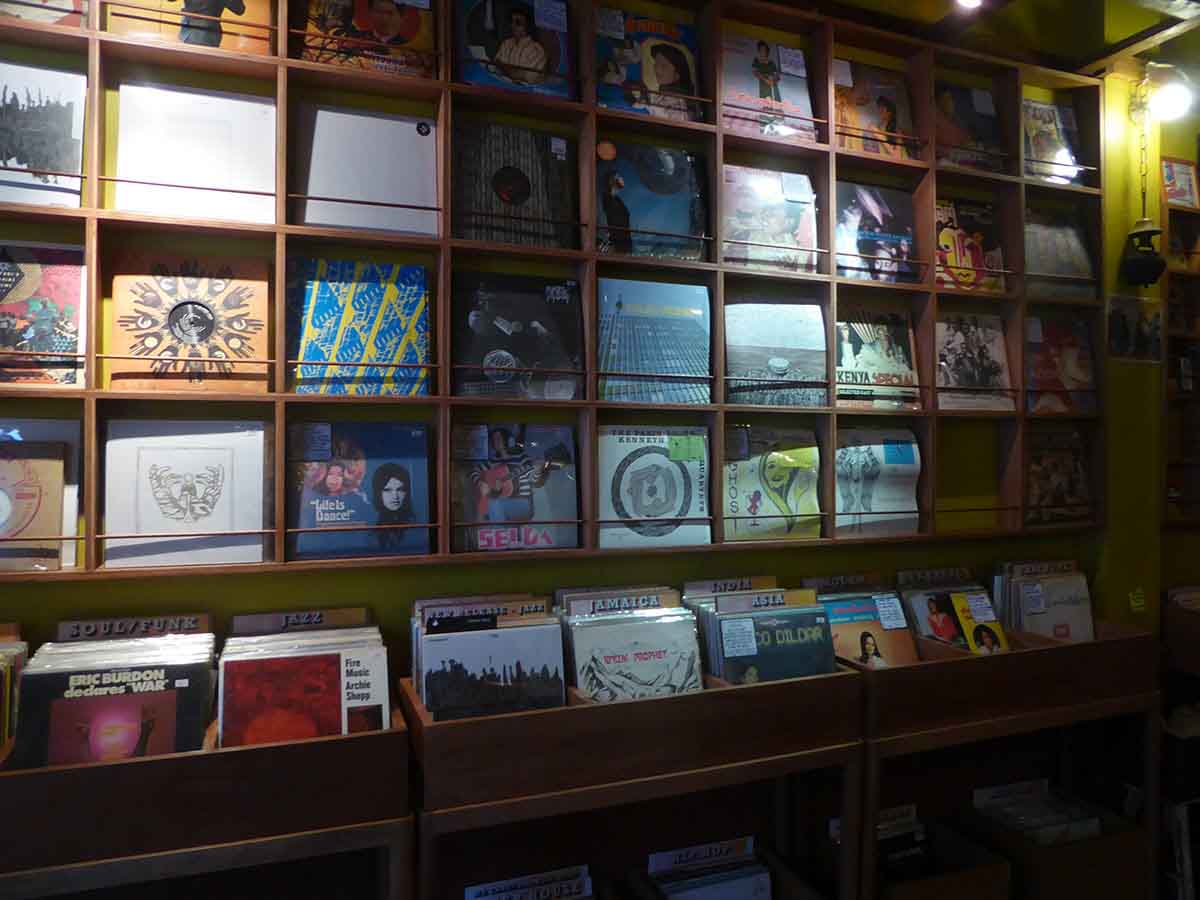 Dasa Book Cafe is primarily a used book shop but also sells used CD’s. There is a decent choice on the ground floor of the shop. They also buy used CD’s. No vinyl.

Where is Dasa Book Cafe? 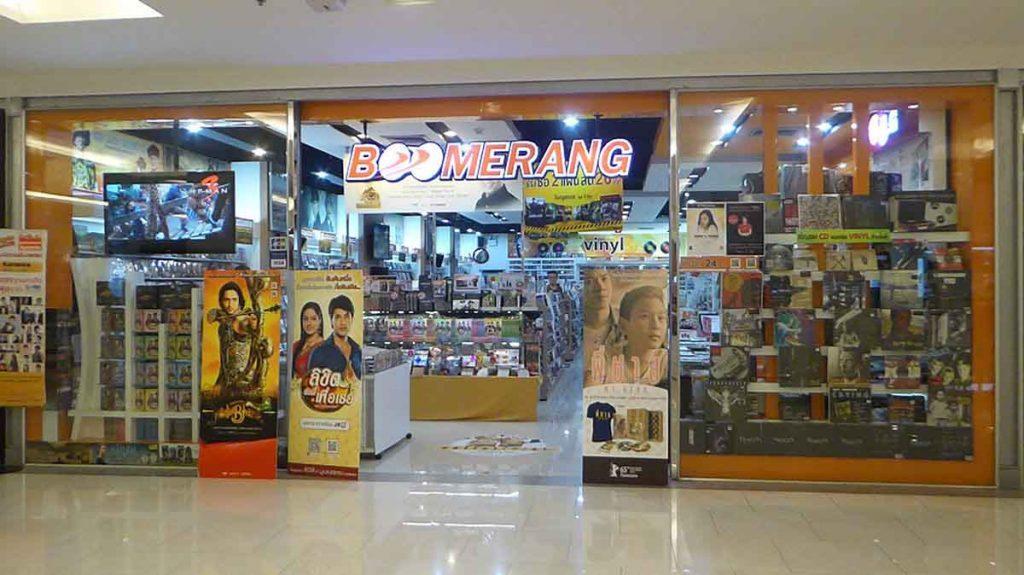