If you?re a serious footie fan visiting Bangkok, a trip to watch the city?s numero uno team should be on your itinerary. Thai Port FCis based in the dockside area of Khlong Toei, a solidly working-class neighborhood on the banks of the Chao Phraya River.

Thai Port FC (nickname ? Port Lions) is one of the most successful, best-followed clubs in Thai football history, and is currently one of the big four in the Thai Football League. Football is the most popular sport in Thailand, though not a national sport like Muay Thai & Takraw.

The club was founded in 1967 by the Port Authority of Thailand which was the original name of the team. The team is currently owned by a Thai businesswoman turned politician. Thai Port FC play at the PAT Stadium, a 12,000 capacity venue in the middle of Khlong Toei. At the time of writing the club is currently third in League 1, three points off the top.

The Thai Port FC stadium is small with only a 12,000 capacity, the stands hugging the pitch ensuring a good view of the action. The absence of a running track gives the stadium an English football ground vibe. Get in early for the best vantage points. The stands have step seating though everybody stands during the game. Zones B-D each have their own ultras (hardcore fans) with drummers, cheerleaders, flags, and passionate vocal fans. The ultra?s gather in the center of each zone which can be difficult to penetrate unless you get in early. These are the most atmospheric areas to enjoy the game.

Thai Port FC fans are known as the Khlong Toei Army. Almost everyone loyally wears an orange and blue club shirt. You won?t find any English style designer-clad fans in Thailand. One thing you will notice is the number of women who attend matches in Thailand.

At least 30% of the Port crowd were female, in fact, the whole spectacle is family-friendly with many fans bringing their children. Another positive aspect of the game in Thailand is the friendliness & the hospitality of the fans, no violence or aggression here. Fans of the different teams respect each other and their respective teams though there are a few local rivalries.

If you want to see a Thai Port FC match your first task is getting a ticket. Tickets are only sold on the day, season ticket holders excepted at a small four window office. The ground is divided into four Zones, A ? D. Tickets are 100 baht for zones B to D and 150 baht for the all seated, roofed A Zone. Zones B & D is behind the goals.

For the best general view, the all-seated Zone A or Zone C is best as you get a good view of the whole pitch. Zone B is the best of the behind the goal zones as it?s where the more hardcore fans gather. Zone D is divided into Home and Away supporter pens. Tickets for the away Zone are 200 baht. Season tickets are 1500-3000 baht.

Ticket sales start-up to six hours before kick-off. The exact time is usually announced on the club Facebook page the day before. There is always a queue for the sale start. Tickets only usually sell out quickly for big games against Buriram, Muang Thong, and Bangkok United. It is advisable to buy your ticket early to avoid disappointment. Kick-off times are either 16.00, 18.00, 19.00, or 20.00 Saturdays, Sundays, or Wednesday.

Fans turn up from a few hours before kick-off. Outside the ground are a small green area and a gravel quadrangle with seats and tables. There are food stalls selling Thai snacks, drinks, and beer. Leo Beer is one of the main Thai Port FC sponsors and that is the only beer you will find on sale. It?s cheap at 80 baht for a big one but you can?t take beer inside the ground. Most fans gather in this spot.

One thing you will notice is the number of foreign fans here, Port has a healthy ?farang? expat fanbase. There are also big screens to watch the match if you can?t or don?t want to go inside. This is also the best place for a post-match beer.

The game I attended was Thai Port FC v Buriram FC, a top of the table clash. Buriram has been the dominant club in Thailand over the last few years virtually winning everything in sight. This adds to the atmosphere as it makes them the team everyone wants to beat. The hardcore fans in each zone are led by chant leaders who, with their backs to the pitch, lead the chants through a megaphone to the beat of several teenage drummers. Surprisingly, the chant leader never turns to watch the action on the pitch.

Buriram took an early first-half lead courtesy of a penalty and more or less dominated the first half. Port came out swinging for the second half and quickly equalized, though this was short-lived as Buriram came back and scored two quick goals to wrest back control. The superb atmosphere was complemented by Port?s attractive, attacking brand of football. Even when losing the crowd still roared the team on who responded by throwing everything at the opposition. However, they couldn?t break down Buriram who showed why they are champions with a 3 -1 win.?

If you?re a bored expat football fan wanting something to be part of, or a football-loving tourist who wants to experience some local culture away from the tourist trail, a visit to the PAT Stadium on a matchday is fun, value for money entertainment. It doesn?t matter where in the world you come from football has a universal language and love that is shared worldwide.

Port?s big rivalry is with Muang Thong United who is based on the outskirts of Bangkok in Nonthaburi province. Muang Thong is the only team that will not enjoy much hospitality when visiting the PAT Stadium.

The Thai Football League has become a lot more professional in recent years and the standard of football has also improved. Many Thais grew up watching the English Premier League on TV and both Liverpool FC & Manchester United have massive followings here.

The rise of Thai football has led to a shift away from the EPL for many Thai fans as they now want to be closer to and more fully involved in the fan aspect of the sport. The players are mostly Thai though each club has a quota of foreign players. Thai Port FC has players from Spain, Brazil, South Korea, Philippines & Montenegro. 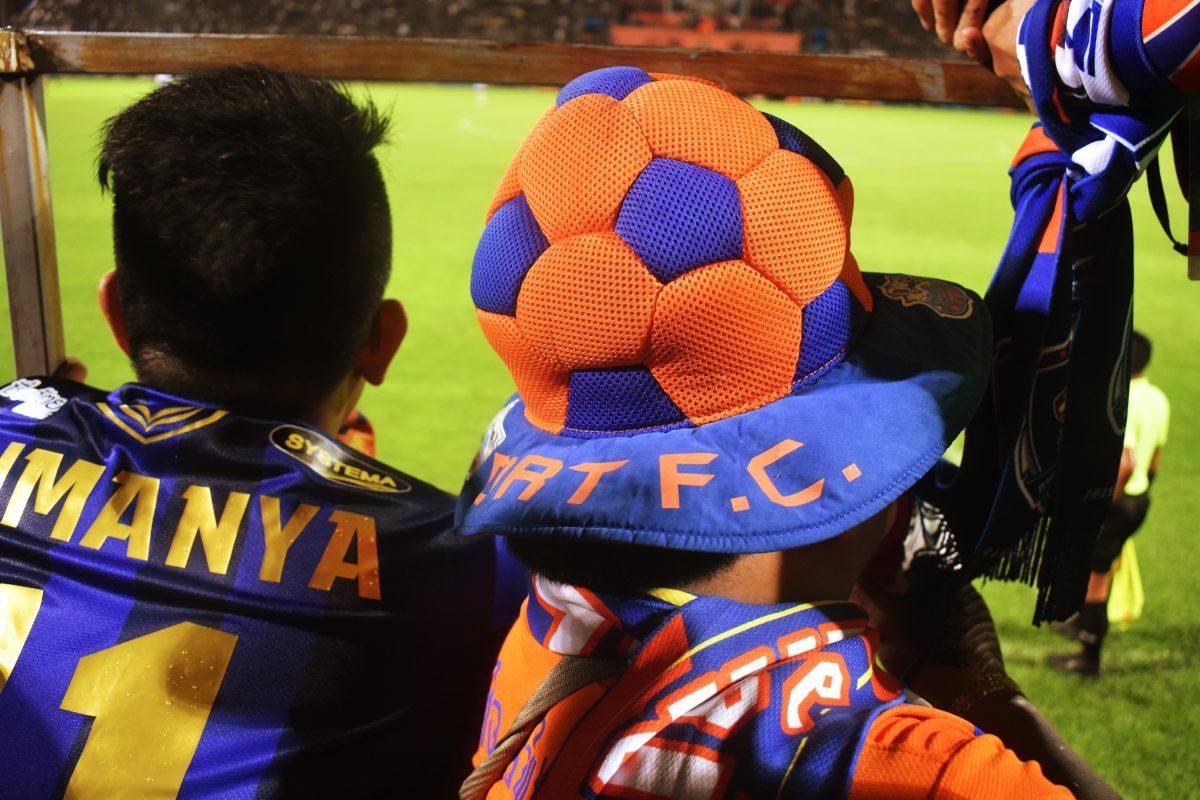 Port FC has a very well-stocked souvenir shop which is located in the Stadium grounds. The shop stocks replica shirts, scarves and other merchandise. The official club shirts sell for 500 ? 1000 baht a lot less than what a shirt would cost in the U.K.

How to get to PAT Stadium

The Phi Ta Khon Festival is an annual event in the small town of Dan Sai in North Eastern Thailand. Local people dress up in costumes topped by scary masks and wave large phallic objects. It?s all to do with spirits, legends, and praying for rain.

Khao Phansa is one of Thailand?s most colorful festivals. It?s a Buddhist festival where people pay respect to Monks. The town of Phra Phutthabat has a unique version of the festival & it?s all about flowers & pink elephants.

There are Nine Shrines in the Ratchaprasong Shopping district of Bangkok. The shrines are about good fortune, good luck, success in business & praying for love! Read about them all here & find out which one is for you!

Ice Hockey isn?t a sport that you would expect to find in Bangkok. But, you will in the shape of a League and two International tournaments. Find out all about it here.

Muay Thai Boxing is Thailand?s national sport and practiced by thousands all around the world. We tell you where to train & where to watch the fighting.

Where to watch the sport of kings in Bangkok.

icon-arrow-circle-right?Search & Book Tours & Discounted Tickets with Get Your Guide